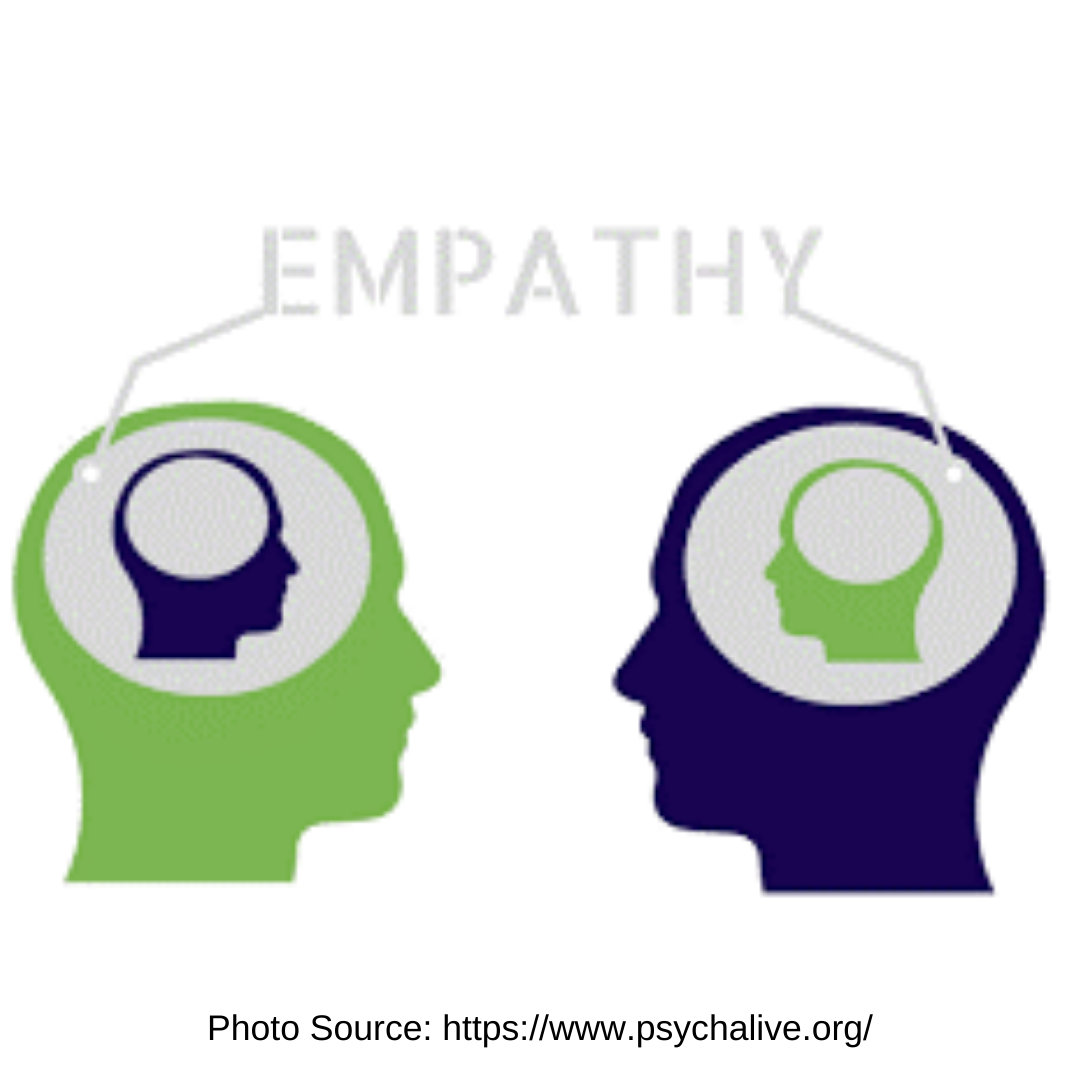 Why is it good to work on empathy?

As vets we #1 help animals and we help people in the doing of #1. Well that’s how many vets see it.

However, the reality of vet work is that the human is actually the main focus of the vet-client dynamic, helping the human is what we do – helping the animal is #2. We help humans honour and love the animal they have chosen (or if a cat it has chosen them 😉 ) to invest in for the wellbeing of themself and their family. The animal is a thing they choose to accompany them in life, the human has made the choice to feed, house and care for this selected animal and for the most part they do it to the best of their ability.

As vets we see a range of ‘the best of their ability’ in how people look after their animals, we see a huge diversity in the ways – physically, emotionally and financially that people use to show love and care for their animal. What we may or may not recognise is that along with the ability to care for their pets showing up as a huge range of styles and formats that people look after themselves, their kids and their families in the same range of ways – and likewise they are doing it to the best of their abilities (again for the most part).

And what does this have to do with empathy? According to Psychology Today, empathy is “the ability to understand and share the feelings of another.” and plays an important role in our society’s ability to function, promoting a “sharing of experiences, needs, and desires between individuals.” Empathy is integral to how our neural networks are set up to interact with the neural networks of others in order to both perceive and understand their emotions and to differentiate them from our own, which makes it possible for humans to live with one another without constantly fighting or feeling “taken over by someone else”. So in the vet clinic setting we can understand the feelings of another person without being affected or taken over by the feelings of that person. Sounds handy when dealing with some of those harder cases hey? 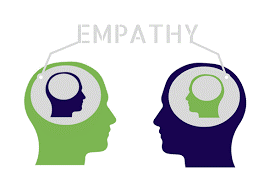 So back to feeling empathy for our humans – does the incapacity to pay for gold standard services mean that person does not have a gold standard love and need for their pet? No, the American Society for the Prevention of Cruelty to Animals® (ASPCA) says that “Less income doesn’t mean less love”. There’s no correlation between income and desire/commitment to provide necessary care for pets (ASPCA®). So if you were tempted to make assumptions and judge – then now is exactly the time to let go of the judging.

If you are a parent then I believe you will easily know what I mean when I change the term from pets to children. Is it shocking what some people think is normal and ok for their children? … Yes. Is it also amazing what some parents go through in self-sacrifice and circumstances in order to protect and provide for their kids. Yes. The same is true for pet-parents. Love and care has nothing to do with income or ability to pay.

So putting it all together – we need to be careful of judging people, and empathy is the key. It is key for our clients to feel listened to and understood and also our own mental health to understand but not take on the feelings of others “or feel taken over by someone else” in that consult room. Psychology Today explains it is often easier to have empathy for someone who is like us but it is possible to learn empathy for those who are different from us. This kind of understanding, can cross bridges and promote positive social behavior.

Not feeling it? All human beings are not created equal when it comes to the capacity for empathy, according to scientists. Some of our brains are wired to be more sensitive to others’ feelings and perspectives than others. In addition to variations in our personal dispositions, the culture we are raised in has an impact on our ability to feel empathy for others. The science of empathy is a hot topic (Sullivan, 2017). Well thankfully – there is mounting evidence to say that empathy can be taught – so you can learn it (Barth, 2018)

If you need more proof of why you would want to learn it – Sullivan states that empathetic doctors tended to have patients who followed treatment recommendations and showed better treatment outcomes.

So with empathy in place it is a Win:Win:Win!!!

A win for the vets mental health, a win for the client being understood and a win for the patients getting better treatment outcomes. This is why it is good to work on empathy. 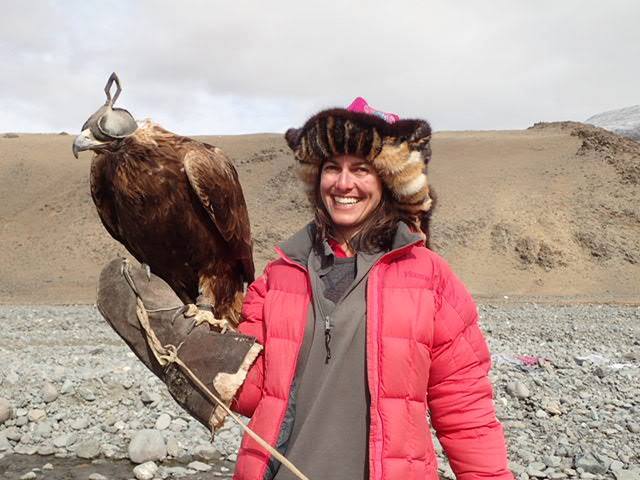 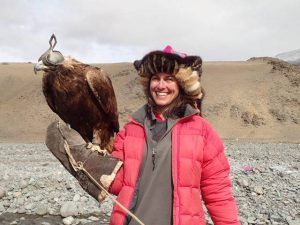 At Eagle Hunter family in remote Altai mountains, NW Mongolia. Eagles are used to hunt small prey in the winter.

“I have done lots of volunteer work, as I believe that it is our duty as humans, and veterinarians, to help those less fortunate than us.” Dr Caroline Murray told me, as she shared her story; a story of bravery, determination, adventure and thanksgiving.

Originally from the United Kingdom, Caroline graduated in Liverpool in 1997. She braved the dismally bad weather for a few years following graduation, working in small and mixed animal clinics throughout the UK; however, her gypsy heart yearned for more. Her eyes were set on the stunning shores of New Zealand. Caroline’s original plan was a working holiday but little did she know that life had a different direction for her. She spent 11 years working throughout the north and south islands of New Zealand, and also graduated from Murdoch University with a Masters in Wildlife and Conservation – a cause that is very close to the nomadic vet’s heart.

In 2014 tragedy struck when Caroline’s already unwell father became terminally ill and she chose to return to her homeland to care for her dad. Sadly, four years later, her dad passed away, and with his passing began a roller-coaster of grief that encapsulated, not only the grief of losing a parent, but also the loss of several close friends to suicide, as well. 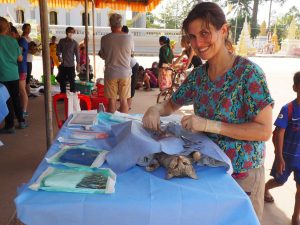 Neutering stray cats and dogs that get dumped at pagodas and looked after by the monks – Siem Riep, Cambodia

However, there is courage in the strength of someone who has chosen to fight, and with the help of Vetlife and ARC, she overcame several hurdles in her life.

Caroline now prioritises work-life balance and mental health preservation, both of herself and her colleagues and friends.  She enjoys running, dancing and most admirably, she loves to give back to disadvantaged and disaster-stricken communities during her worldwide travels.  Recent volunteer work has included involvement in search and rescue following the 2011 Christchurch earthquake, and an independently organised stray animal desexing trip to Cambodia.  But now her sights are set on the North Pole, yes, you read that right, the North Pole! In June 2019 Caroline will be running BOTH the Tromso Midnight Sun Half Marathon and the Mourne Mountain Half Marathon in Ireland, to raise money for ARC and Vetlife respectively, and also to honour her Norwegian and Irish friends who have tragically lost their lives to suicide.

If you would like to sponsor Caroline in her very worthwhile and heartfelt cause, please see the following  links on Justgiving.com – TheWildernessVet and the TheWildernessVet2. 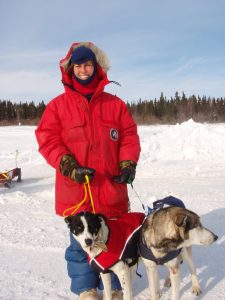 At Iditarod sled dog race in Alaskan wilderness. Looking after a couple of injured dogs at one of the checkpoints.

By donating to these causes you will be helping these much-needed organisations to continue helping many others through what can literally be a matter of life or death.

But now, let’s talk to the woman whose strength in overcoming adversity and desire to give back is something to truly be admired.

Dr Caroline Murray, thank you for talking with me today… 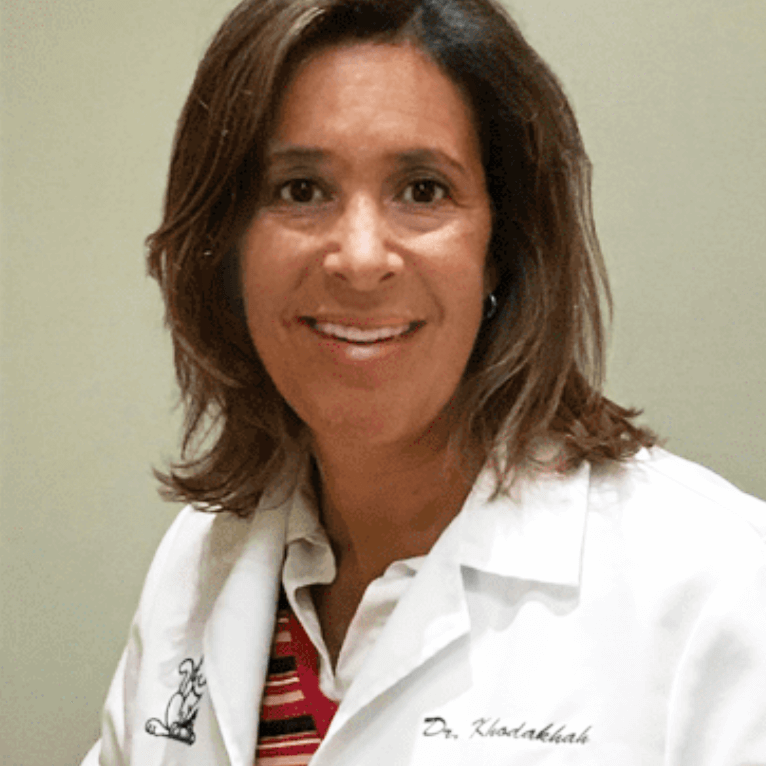 Dr Khodakhah is an accomplished small animal veterinarian based in New York City and the surrounding suburbs – where she has been based for 17 years. Kimberley has practiced in several states across the US in several leadership positions including Associate Veterinarian, Medical director and Hospital Director. She has always had a passion for collaborating with and mentoring veterinary technicians/nurses as well as veterinary associates.

As a Certified Professional Coach she combines her love for animals and her desire to support the veterinary community. Dr Khodakhah founded Vetopia Inc. with this mission in mind and provides several Mentoring and Career Transformation Programs for members of the veterinary field. A particularly strong focus of hers is providing tools and strategies to new Veterinary Graduates to not only survive but thrive their first years following graduation. The ultimate aim of her coaching is to help veterinary colleagues create a happy, successful, sustainable career. Dr Khodakhah continues to practice medicine part time as well as volunteers with the Wolf Conservation Society and the SPCA in Fiji.

We hope that you enjoy the interview!